The hydraulic relief valve has no scream, and Petrov replaced the original Russian factory with AAK 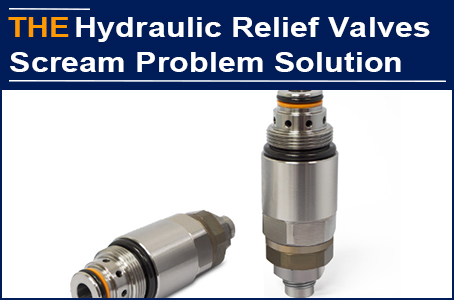 Because the scream of pilot operated relief valve is often generated by high-pressure oil through damping hole or valve port, AAK engineer added inclined hole of valve seat and vibration elimination cavity in the original design. In this way, the dynamic and static characteristics of the hydraulic pilot operated relief valve can be improved, the screaming can be eliminated, the noise can be reduced, and the pressure control accuracy can be improved at the same time. AAK strong engineering team not only has the concept of German HAWE, but also has the experience of Italian Oil Control，the problem can be found at one time.

After the successful test run, Petrov privately told us that the boss was very satisfied that he found a strong manufacturer of hydraulic relief valves this time, which not only solved the problems that the original Russian manufacturer could not solve, but also made the price 30% cheaper. AAK will be his first choice for the test order of hydraulic relief valves in the future.

Exported to more than 20 countries, AAK Hydraulic Valves used on "AIRCRAFT" have been supplied to Russian customers.