The difference between shielded and unshielded high-voltage cables 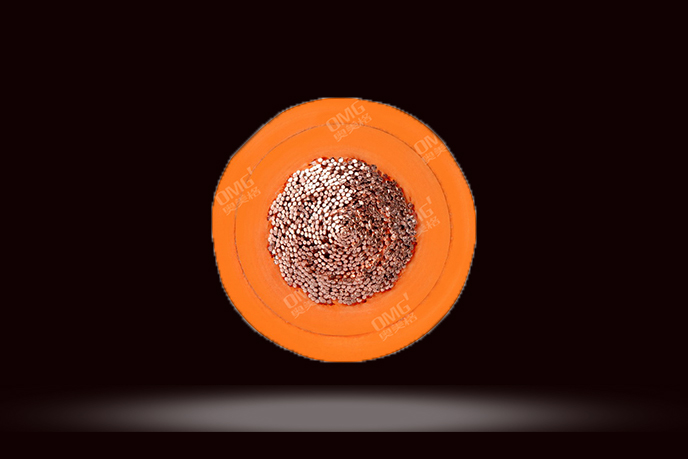 The so-called "shielding" in the cable structure is essentially a measure to improve the distribution of electric fields. Wires with conductors wrapped around the outside of the conductor is called shielded wire. Conductor outside the conductor wrapped wire called shielded wire, wrapped conductor called the shield, generally woven copper mesh or copper berth (aluminum), the shield needs to be grounded, foreign interference signals can be imported into the earth by the layer.

Shielded wire is a wire with a metal braid shell specifically used to reduce the impact of external electromagnetic fields on power or communication lines. This shield also has the role of preventing the line from radiating electromagnetic energy to the outside.

Role: to avoid interference signals into the inner layer, conductor interference while reducing the loss of transmission signals.

Shielded cable shield is mainly made of copper, aluminum and other non-magnetic materials, and the thickness is very thin, much smaller than the skin depth of metal materials on the use of frequency, the effect of the shield is not mainly due to the metal body itself on the electric field, magnetic field reflection, absorption and generated, but due to the grounding of the shield generated, the grounding of different forms will directly affect the shielding effect. For electric field, magnetic field shield grounding way is different. Can be used without grounding, single-ended grounding or double-ended grounding.

Precautions for use: shield wire shield layer does not allow multiple grounding, because different grounding points are always different, there is a potential difference between the points. Such as multi-point grounding, the formation of current in the shield layer, induction to the wire to form a current, induction to the signal line to form interference, not only can not play a shielding role, but the introduction of interference, especially in the frequency converter with more occasions, interference contains a variety of high harmonic components, resulting in greater impact, special attention should be paid.

Detail Company Introduction
GuangDong OMG Transmission Technology Co.,Ltd. Founded in 2006, the company is a high-tech enterprise integrating R & D, production, sales and service. Olmeg is committed to becoming a world-class provider of cable solutions for new energy vehicles, and was rated as one of the top 100 enterprises of core parts of electric vehicles in 2017.
Based on the corporate mission of "green innovation for the benefit of mankind", OMG has invested a lot of resources in the independent research and development of new energy electric vehicle conduction products since 2009.And Sell electronic and electrical conduction products, electric vehicle charging cables and vehicle high-voltage cables.